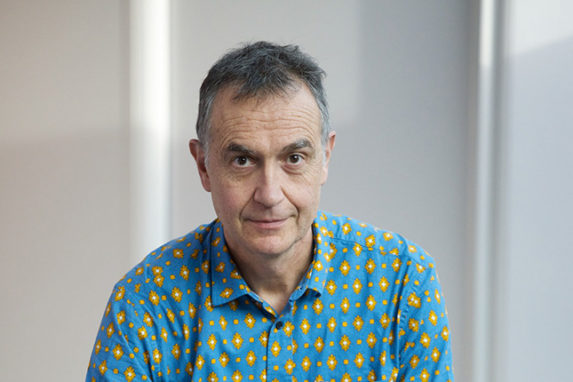 Today Marseille Immunopôle is a great opportunity to challenge our discipline with novel perspectives.

Young physician specialized in internal medicine, I joined the research team of Claude MAWAS at the beginning of the 80’s.  At that time, Immunology was still a rising discipline and CIML had a team of researchers and physicians who did contribute quickly to the advent of the first ” French school of Immunology “. In this environment of exception, we focused on cells and molecules responsible for adaptive immunity: Michel FOUGEREAU and his laboratory were investigating the early stages of B lymphocytes whereas Bernard MALISSEN and Claude MAWAS were addressing the molecular mechanics complexity of T lymphocytes, the first on mouse models and the second on human.
To conduct these works, I have benefited from a revolutionary technology freshly imported from the United States by François KOURISLKY : monoclonal antibodies. Starting in 1985, these works resulted in the generation of the first mouse antibody against one particular T Lymphocyte adhesion molecule: LFA1. Produced by Immunotech, at first, this antibody was successfully used by Alain FISCHER’s team to prevent bone marrow transplant rejection affecting young patients with immune deficiency and then, under the supervision of Dominique MARANICHI, for patients suffering leukemia.
Shortly after, Professor Jean-Paul SOULILLOU used this antibody in kidney-transplanted patients. Other antibodies were also designed for clinical use: Professor Didier Blaise successfully integrated the antibody against CD25 (as a part of the interleukine 2 receptor) in a clinical program against leukaemia, while the antibody against CD4 (a surface molecule found in some T lymphocyte subpopulations) was showing great potential in the fight against HIV.

In 1987, I joined what will become later the CRCM, where I manage today the team ” Immunity and Cancer “. Since then, I widened my research area by exploring the signaling pathways ruling the activity of innate and adaptive celluusss. Thus, we have generated antibodies against number of receptors  and ligands involved in these complex mechanisms. Among them, we characterized a large panel of ” checkpoint inhibitors ” which could represent an opportunity to by-pass resistances to anti-CTLA4 and anti-PD1 antibodies. This second wave of immunotherapeutic antibodies is now developed by ImCheck Therapeutics, a spin off stemming from my laboratory. Beyond that, we continue to explore patient immune responses in and around their tumor. Our goal in particular is to identify new biomarkers to predict the response to these new immunotherapies.

Today Marseille Immunopôle is a great opportunity to challenge our discipline with novel perspectives: by exploring untapped research avenues, accelerating the development of new treatments and including more patients in our clinical trials every day.

Unique cluster in the world exclusively dedicated to basic and applied immunology, MI results from an efficient territorial game between research, industry, and the institutional stakeholders in economy and innovation.

Cell- and tissue- based therapies and gene therapies hold great promise in the field of both immunotherapy and regenerative medicine.

New molecules currently under development at Innate Pharma and in new companies in Marseille reflect the teams' dynamism and local potential.

Diagnostic in immuno-oncology is an innovative field combining the latest discoveries in immunology and new imaging technologies, such as digital pathology.