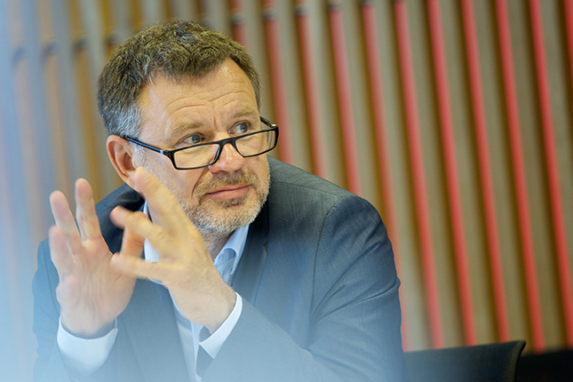 Cofounder, Chairman the Supervisory Board of Innate Pharma | Chairman, CEO and Co-founder of KALSIOM SAS | Chairman of Systol Dynamics and TherAguix

The thrust of MI is the ability of Marseille researchers, clinicians and industrials to play as a team.

In 1985, as a young engineer freshly graduated, I had the opportunity – and it was a happy coincidence – to live in Marseille both the beginnings of molecular immunology at CIML and the first steps of the French biotech at Immunotech. So little to say that this environment was exciting and fertile. At that time, under the leadership of Michel Delaage and Antoine Beret, a small group of scientists and engineers invented nothing less than a new industry of medical innovation based on biology and the direct link with academic research. Monoclonal antibody technology was just 10 years old, but it promised a great future.
A little over 10 years later, it fulfilled this promise. In the late 90s, the technology and concepts from molecular immunology were developed enough for a new group of immunologists from CIML and Immunotech to create Innate Pharma. The goal this time was to revisit an approach nearly a century old: cancer immunotherapy. Dubbed immuno-oncology, this approach is revolutionizing the treatment of cancer and in return, the oncology market.

Marseille is at the core of this new scientific, medical and industrial adventure. It has expertise and know-how, positioning it as today’s leader of immune-based therapies R&D as well as in cancer and inflammatory diseases. It is also at the forefront an unprecedented diagnostic approach, which should allow personalization of these new treatments. To meet the expectations of patients and succeed over international competition, actors of Marseille immunology (MI) work together on complex, multidisciplinary projects that demand, as 30 years ago, to rethink the way we drive innovation. The thrust of MI is the ability of Marseille researchers, clinicians and industrials to play as a team. In doing so, we also build a project that reflects the global ambitions of the metropolis, which also needs to reinvent itself.

Education is also one of the strategic components of the Marseille Immunopole project.

The laboratory's mission therefore reflects that of the Marseille Immunopôle: to lead the development of these innovations, from the initial discovery to the proof of concept in clinical setting.

This is the DNA of the cluster to feed local excellence, including, of course, fundamental and applied immunology, and to support the emergence of sector initiatives with strong potential.