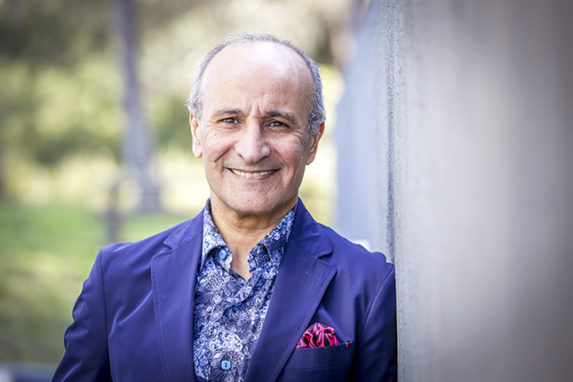 Chairman of the Executive Board and CEO of Innate Pharma

Immunotherapy is expanding to other cancers types: kidney cancer, bladder cancer, hepatocellular carcinoma, Hodgkin’s lymphoma, non-Hodgkin’s lymphoma… but we are still only at the beginning of the story!

As a medical oncologist, I have had the fortunate experience to see day by day the arrival of the new generation of chemotherapies and targeted therapies. The latter have disrupted our conception of cancerology since they have led us to define a cancer less by its organ of origin than by its characteristic biomarkers. I have also witnessed the disappointments raised by the first immunotherapies, called non-specific, amongst which interleukin, that already allowed us to obtain sustainable responses in patients with well advanced cancers, but at the expense of serious side effects. Based on this experience, I appreciate the degree to which the new immunotherapy antibodies constitute a genuine medical revolution.

By restoring the ability of the patient’s T-cells to detect and destroy cancer cells, these antibodies have led to impressive tumor reductions in cancers with very poor prognosis such as advanced melanoma or Non-Small Cell Lung Cancer (NSCLC). For a large number of these patients, survival has been prolonged from a few months to several years and, in hindsight, it is now safe to say that their T-cells have been sustainably « re-educated », holding out the prospect of curing and not only treating certain types of cancer.

Today, congress after congress, immunotherapy is rapidly expanding to other cancers types: kidney cancer, bladder cancer, hepatocellular carcinoma, Hodgkin’s lymphoma, non-Hodgkin’s lymphoma… but we are still only at the beginning of the story! The survival gains noticed are in effect the fruit of a first generation of antibodies that exert action on T-cells and target only a small fraction of molecules that control their activity (CTLA-4 and PD1/PD-L1).

Much work still has to be done to take full advantage of the potential offered by our immune system. To bypass the resistance of cancer cells, we are expanding our range of immunotherapies and also learning to combine them, together and with other standards of treatment: to simultaneously target several immune checkpoints, to mobilize other immunity stakeholders and to master the association of these immunotherapies with chemotherapy, radiotherapy, targeted or cellular therapies.

This clearly has tremendous consequences in terms of development. Gradually new « smart combinations » should replace the inflationary logic of ”treat to progression” and life-long treatments. The age-old dream of resetting the patient’s innate response to facilitate the effect of a second immunotherapy then to ”finish the job” with the aid of another drug almost appears to be within our reach. These developments are of course complex to implement but I am convinced that at the end there will be a cure!

I was involved in this ongoing revolution at Roche, Genentech then AstraZeneca and today at Innate Pharma. In 2016, Innate confirmed the first clinical proof of concept of new NK immunotherapies: in a rare lymphoma with IPH4102 antibody (that force the destruction of cancer cells by NK cells) and in head and neck cancers with a combination that associates lirilumab (that target KIR, surface radars that control the activity of NK cells) and nivolumab antibodies (that targets PD1, a T-cell radar). Today, our partner Bristol-Myers Squibb conducts a randomized phase II trial that tests for the first time the benefits of the triple combination lirilumab-nivolumab-ipilimumab (an antibody that targets CTLA-4, another T-cell surface radar) in these same cancers. With AstraZeneca, we are also exploring the clinical potential of monazilumab (an antibody that acts simultaneously on NK cells and T-cells). We are, of course, continuing to develop complementary weapons: antibodies that target cells with a “split personality” such as macrophages and neutrophils and new antibody formats (bispecific or toxin conjugated antibodies).

These advances at Innate Pharma are also those of Marseille Immunopole, that has itself already obtained its « proof of concept » since the discovery and clinical evaluation of these NK immunotherapies are in part the fruit of the work of research laboratories and Marseille hospitals. Encouraged by this success, our objective is to make the cluster a key source and accelerator of innovation in immunotherapy. The R&D partnerships that we are leading with the major global leaders in the field indicate that we are definitely on the right track.

Unique cluster in the world exclusively dedicated to basic and applied immunology, MI results from an efficient territorial game between research, industry, and the institutional stakeholders in economy and innovation.

With MI-mAbs and other cluster platforms, CIPHE is somewhat the "technology back office" of Marseille Immunopole.

The Pioneer Project is unique as a strong public/private partnership between academia, a medical cancer center, 3 biotechs and a major pharma

Today, the Covid-19 pandemic serves as an eye-opener, once again demonstrating the strength of the Marseille Immunopôle collective